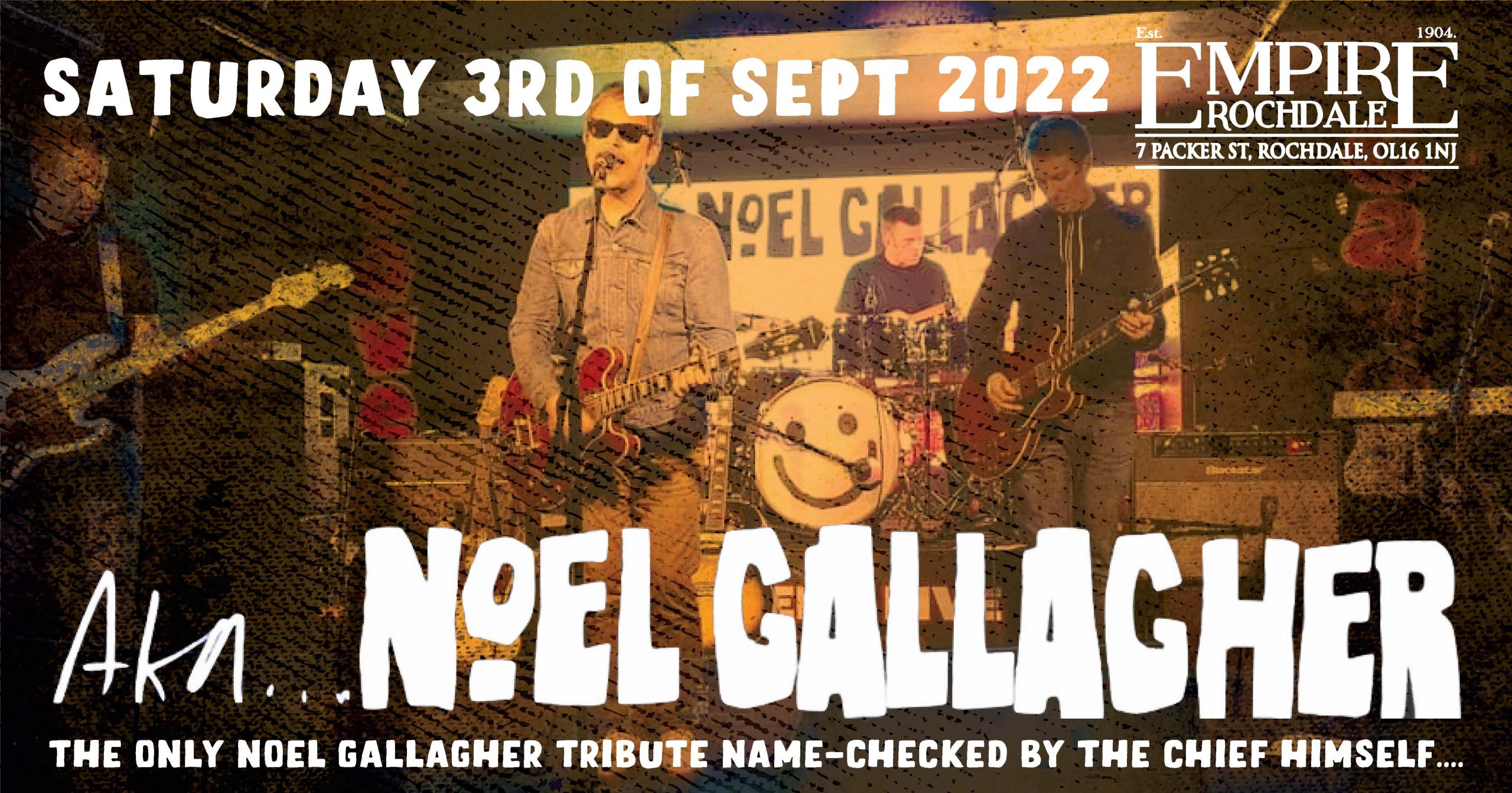 The only tribute name-checked by The Chief himself….

In March 2015, the second Noel Gallagher’s High Flying Birds album, “Chasing Yesterday” was released, & after years of deliberation, Matt put together a band of musicians to recreate the former Oasis leader’s songs & shows, and fulfill a long held dream of playing a whole set of Noel’s songs.

After setting up adverts in April 2015 on various band & musician websites the whole band was formed within a couple of weeks.

Matt, Asa, Jason, Colin & Tom spent the next six months adding & improving more & more songs ready for the gigs that were starting to get added to the calendar.

The band started gigging in November 2015 at pubs & bars in the North West of England, & have since played to thousands of people at festivals, music venues, bars & pubs across England.

When Noel released “Who Built The Moon?” in November 2017, AKA Noel Gallagher immediately added the stand out tracks to their set.

In March 2018, after three years, Colin left the band as lead guitarist, & Dave came in.

In order to improve the already high standard, especially in the newer material, the band started to include samples & backing tracks into their live performances.

In December 2018, after being with the band from the beginning, Jason departed & was replaced by Stefan, who had deputised on bass during the year.

AKA Noel Gallagher are: