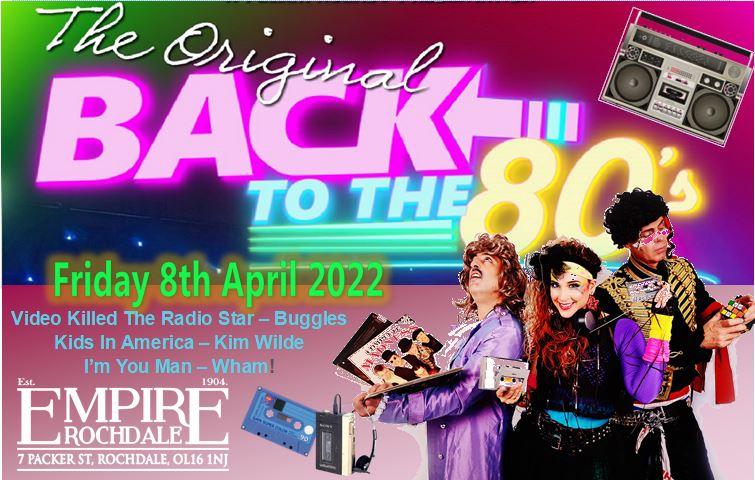 
Bands are usually on stage from 10pm.


5 min walk to the Tram, Bus, Train or Taxi rank


Any Bands who would like to play at The Empire, Please get in touch!

Back To The 80’s was formed nearly seven years ago. Our intention was to bring to life the music we had grown up with. The songs every 80’s fan would want to hear, re-created in a way that was faithful to the original. We also knew that we didn’t want to concentrate on one particular genre like many 1980 bands at the time were doing. What we loved about the 80’s was the variety of music. It was a chance to play Rock, Pop, New Wave, Ska, Reggae, Disco and Electronic music in one show.

t’s a one-of-a-kind, ever-evolving and interactive show. Live instrumentation plus superb vocals bring the 1980’s classics to life in a slick, colourful and entertaining way. The show is highly choreographed plus you can also expect a loth of audience participation. Celebrating the artistes and their songs. A huge party.

We wanted the show to look like we had just stepped out of the ‘Top Of The Pops’ studio. So stadium grade lighting, lasers and effects have become a huge part of the experience. We also like to use video effects that we project onto walls and screens which are carefully synced to the music. The costumes are also just as important. Most of our costumes have been hand-made and are almost identical to what you would have seen in the 80’s. 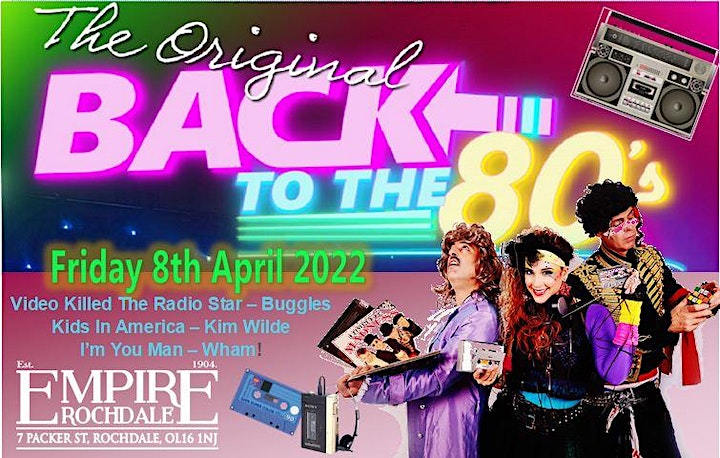