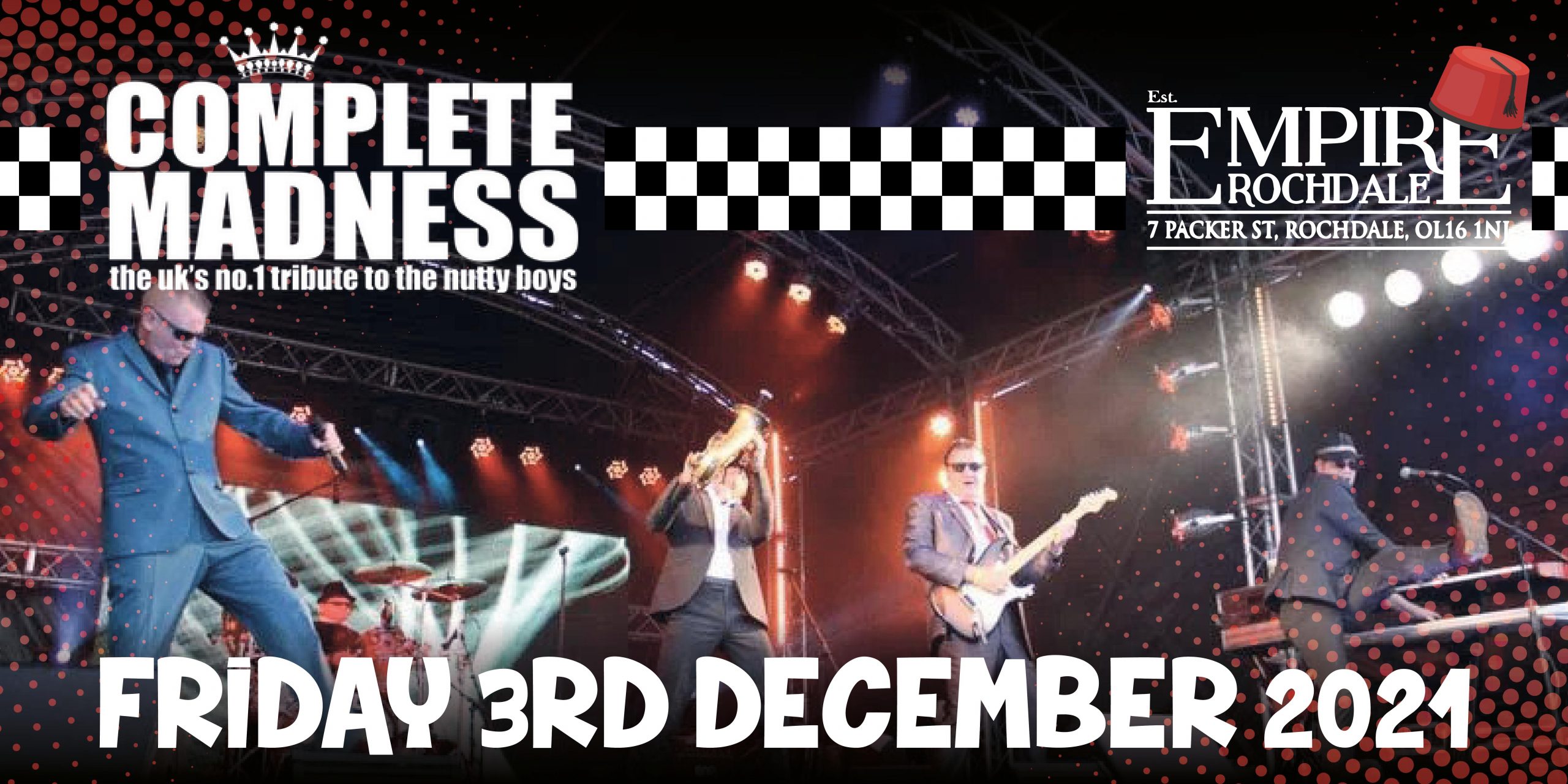 plus support Jimmy Mush on the vinyl decks!!!

Officially formed in 1992 out of a band entitled ‘Beat the System’ who had been on the road officially since 1989. Two of the original Beat the System boys are still with Complete Madness to this present day; Vocalist Mark Keegan and Guitarist Derek Wood. In 1992 Beat the System had started to lose it’s way a little doing New wave Covers such as Clash, U2, Alarm etc and started dabbling with a few Madness tracks and hey presto a breath of fresh air, we knew straight away this was the way forward and so the name change took place in late 1992 and off to an agency who could move the band quickly forward, and so it did with the amount of work flooding in that in 1995 the band had to move from their semi pro status to professional.

Since 1995 the band have never really looked back, after conquering the club scene for the first few years the band have done hundreds and hundreds of corporate events all over the UK and Europe as well as the major holiday parks in the UK and have been a regular visitor to Butlins for over 10 years. In 2003 he band decided to put together a show specially designed for the theatres and with 6 months of hard rehearsing and the help of Julie Sweeney (Sweeney Entertainments) the show went on the road in 2005, despite being hard work for the first year the band are now starting to get the success their hard work deserved, with the theatre show getting some great reviews.

Complete Madness have nearly always had a steady line up which hasn’t changed much over the last 10 years which makes the band a very tight unit and very much sought after especially in the UK with dates being taken as much as 2 years in advance. As well as specializing in all the hits of Madness the band also throw in a taste of The Specials, Bad Manners, The Beat, The Lamerbettas as well as many other Ska – Two Tone and Mod tracks.

The band would all like to thank the following people for helping to build the band over the years: