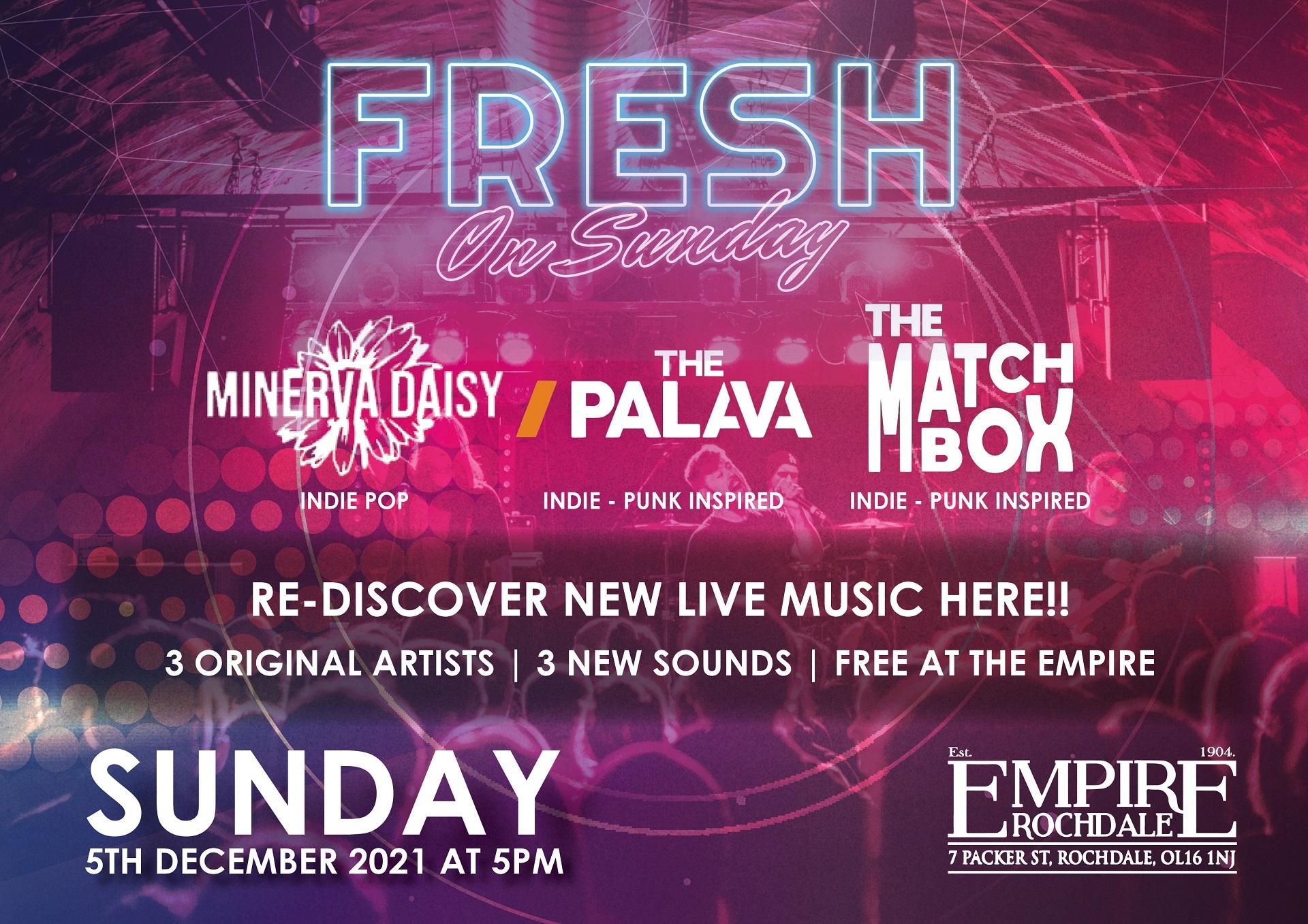 Welcome to “Fresh On Sunday”

At Empire Rochdale, we believe in live music and its power to bring people together.

So, that being said, we have created a new platform for artists to showcase their music and it is called “Fresh On Sunday”

Minerva Daisy is a young, powerful and queer indie pop songstress based in Manchester, UK. Influenced by powerful female musicians like Etta James, Nina Simone, Florence and the machine, P! NK, Lily Allen, Kate Nash as well as artists such as Hozier, Queen and Bahamas, Minerva is no stranger to genre bending & she is giving indie music a whole new delicious flavour, with hints of rock, pop, soul and jazz, you’ll find yourself coming back for seconds in no time.

The Palava are an unsigned fresh five piece Indie Rock band, formed in York in late 2019. With a successful string of releases, packed with biting lyrics and anthemic hooks.

The boys have had an unusually quick rise in popularity around the York music scene. Playing to hundreds of listeners and quickly building up a strong core fan base.

After being formed as a result of a drunken conversation between friends, the lads wasted no time in getting serious. After setting their sights on carving out their own space in York’s ever flourishing music scene and beyond.

Punk inspired indie from Manchester – fresh on the scene with their hard hitting debut single ‘Moulin Rouge’. The quartet define the line between gritty, shoegazing guitar and captivatingly honest lyrics – something to behold at their live shows! (The Matchbox)

Who knows next time you hear them above, it could be on the radio, in the charts. Maybe you will say “I saw them at The Empire”

FREE ADMISSION FOR EVERYONE!

Also a big thanks to Jonny Bradley for his help and collaboration with this project. 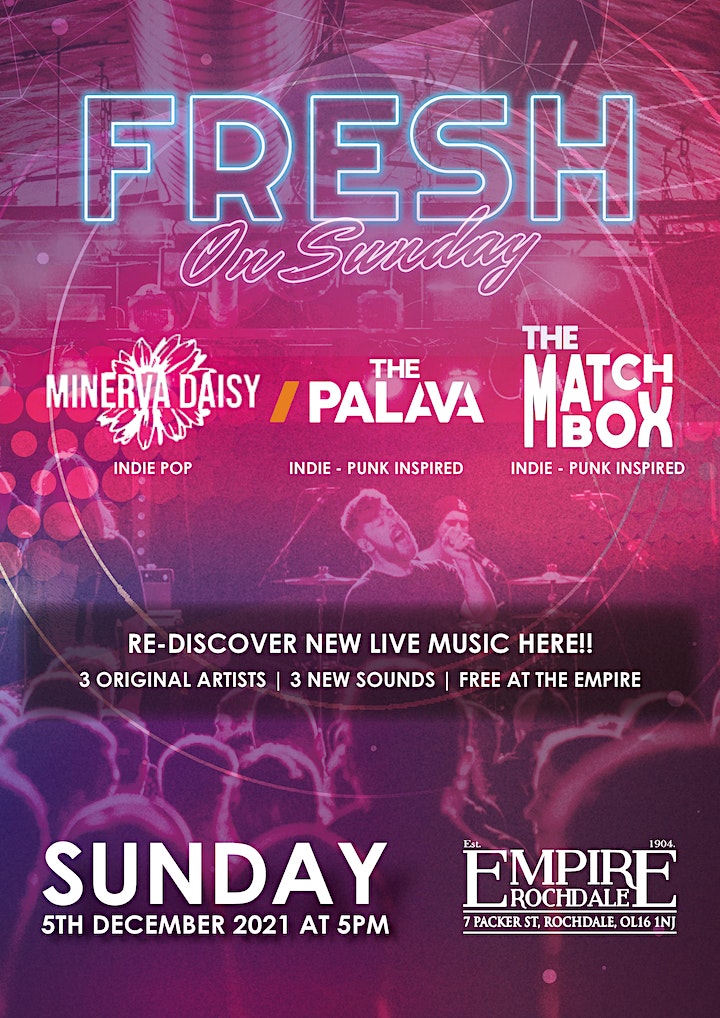