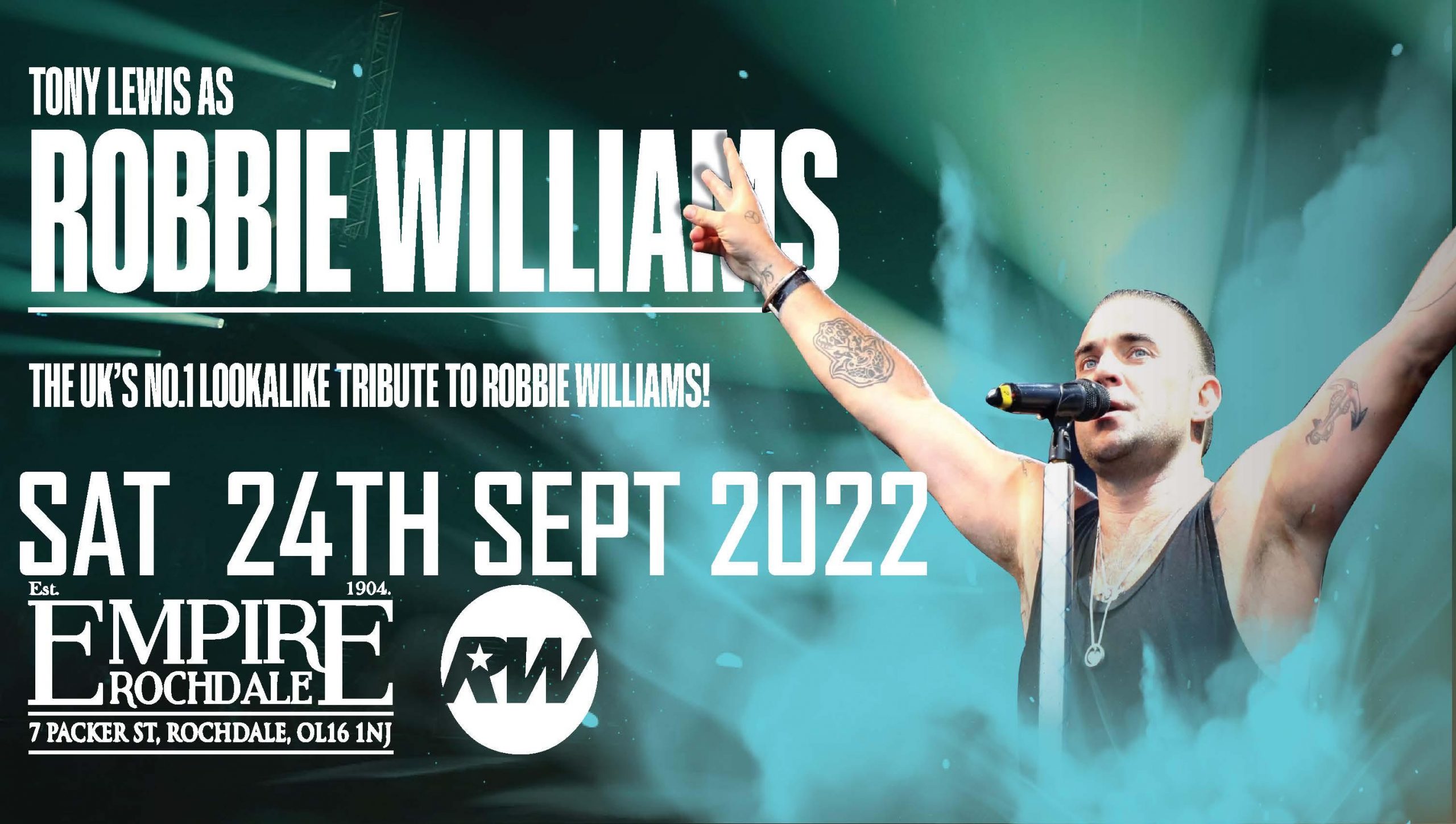 Robbie Williams fans don’t miss this amazing night of music as the fantastic Tony Lewis, who embodies the superstar that is Robbie Williams will be smashing the hits at Empire Rochdale.Since becoming a professional Robbie Williams tribute act in 2002, Tony has performed everywhere from Blackpool to the Caribbean! as well as recently appearing on BBC 1 ‘The One and Only.The resemblance is so uncanny that Tony has appeared for numerous promotional campaigns and T.V shows throughout Europe. Tony’s show covers all of the greatest hits, with a few special surprises, capturing the true spirit of everything Robbie! All this backed by a full live band performance.The look’s, the moves, the voice, the music, the ego!!!!!! This show has it all! Tony Lewis is Robbie Williams! not too be missed…x