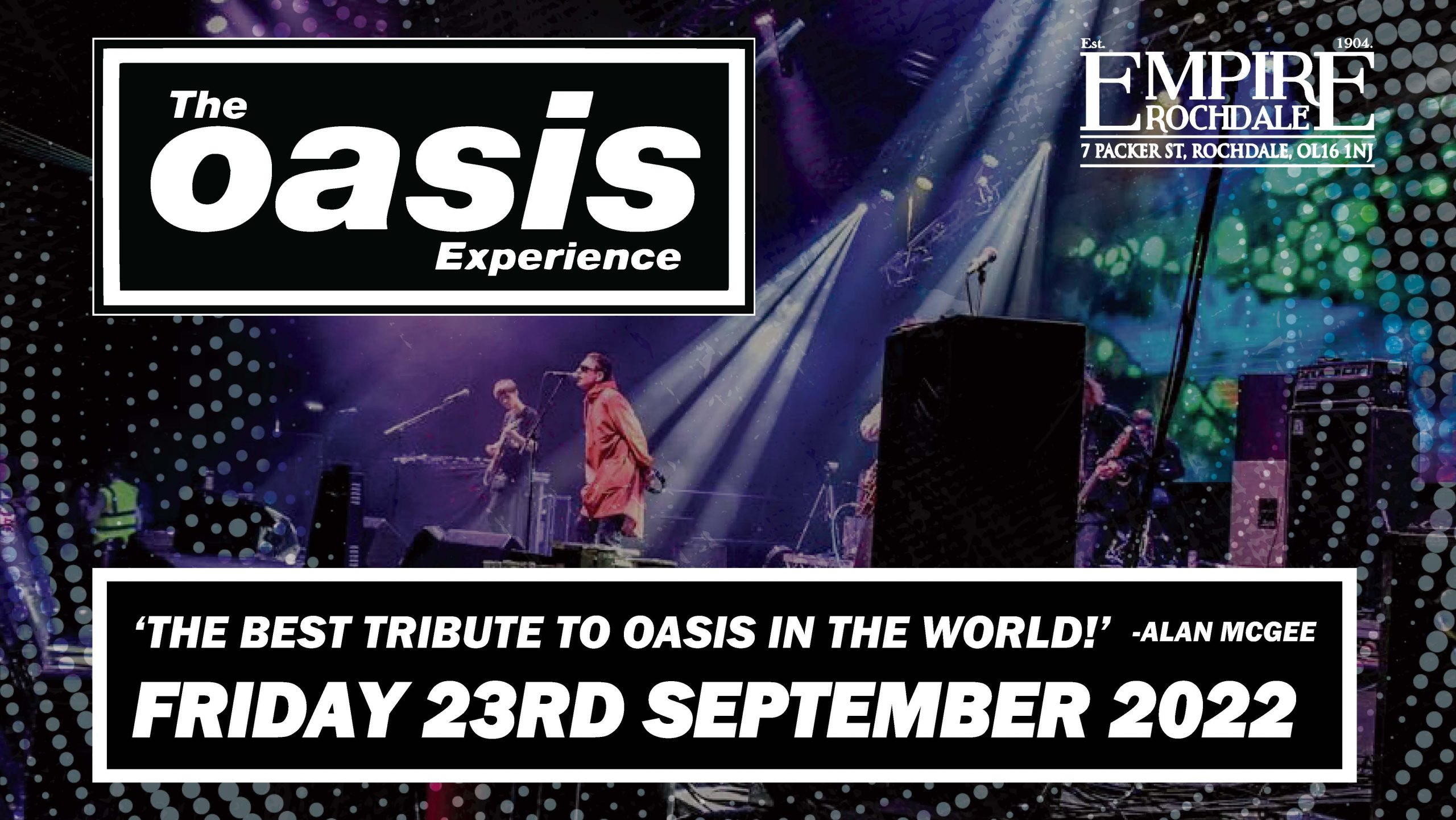 
Bands are usually on stage from 10pm.


The OASIS experience were formed when vocalist Degsy (Liam) got together with some of the most talented musicians. After seeing the all the other lads performing at various gigs, with band members having supported the likes of The Zutons, The Lightning Seeds, Bloc party, Racing Cars and Jessie J among other illustrious names, Degsy proposed the collaboration, and The OASIS experience were born from a mutual high regard for the Mancunian mayhem makers.


The Oasis Experience bring you exactly that, the experience of actually being at an Oasis gig, with a superb layer of soundscape recreation by incredibly talented musicians overlayed by breathtaking vocal similarity. Degsy recently performed with Ian Mcculloch of Echo and the Bunnymen fame, and when Mr Mcculloch, heard Degsy’s “Liam” he was ‘genuinely blown away!’ and said, ‘when I die, this jobs yours!’.


The Oasis Experience bring you exactly that, the Experience of actually being at an Oasis gig, a superb layer of soundscape recreation by incredibly talented musicians overlayed by breathtaking vocal similarity which will have you wondering if its live or a recording.


“We realise that there are 1001 other Oasis tributes and your middle of the road fan will think some of them are ‘half decent’ but if you Know, you Know!” Degsy.


Alan McGee said, “these guys are the best Tribute to Oasis in the world!, in fact I’ll go one better, they’re better than the real Oasis!


Terry Christian of ‘The Word’ also said the same.


(we have vids to back it up too


5 min walk to the Tram, Bus, Train or Taxi rank


Any Bands who would like to play at The Empire, Please get in touch!